This article is about the physical equipment required to place professional microphones on stage for a live performance or in the studio for recording. Electrical and signal considerations are not our concern here. What we care about right now are the mechanics of securely and reliably positioning a microphone in front of a sound source. This is about bases, stands, booms, thread adapters, clips, and shock mounts.

Among the most common microphone fixtures is the 5/8 male to 3/8 female adapter. This item is often supplied with SM-57 style microphone clips and is notorious for getting stuck inside those same clips.

I’m proud to announce the release of the first full-length album made with my cohort, Nicola Dixon. After years spent working together in various indie-rock outfits, we set our sites on a different sound — something sincere, beautiful and sparse, but still richly textured. That effort resulted in a band called A Private Press, and an debut album called Risky. Imagine a very pure female vocal and lush electric guitar weaving curious tales of personal progress and change. Smooth, witty and biting, delivered on a human scale. We hope the album rewards the listener on multiple levels. Better yet, don’t imagine it. Listen to it.

We’ve got a nice show planned for June 4 in Philadelphia at the North Star Bar ‘Victorian Dining Room’, 8 PM. Oh, and we’re hammering away at a full-length album. Due out Summer 2012. Check out our unique ‘stirring…parlor-esque’ sound.

This song was submitted for the 2012 Philadelphia Songwriters contest, and is also available as a free download.

Listen to it. Buy it. 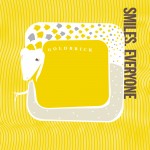 Goldbrick highlights Smiles, Everyone’s spirited command of art-rock theory and power pop punch. Jangly guitars layered over deft basslines and disciplined percussion create perfect structures for Nicola Dixon’s expansive vocal range and exquisite storytelling. Thematically, Goldbrick celebrates the awkward duality of living with a briefcase in one hand and a guitar case in the other. Smiles, Everyone capture this notion beautifully in their latest single Debbie Harry, an addictive, catchy gem that sets the pace for this impressive EP.

Keeping with the do-it-yourself approach my band has taken to producing our demo, we’ve opted to print letterpress sleeves for the promo cd. Production is underway here at my print shop in Lititz. END_OF_DOCUMENT_TOKEN_TO_BE_REPLACED

It took a bit longer to complete than we expected, but my band, Smiles, Everyone, finally has a new eight-song demo. You can listen to it here. We are actively seeking gigs in Philadelphia and Lancaster, PA (and points in between) for the summer and fall of 2009.

If, like us, you crave new, original music, please listen and tell us what you think.

Here is my current bass rig for Smiles, Everyone, which includes:

I don’t use half of these pedals 90% of the time. Only the compressor and mute are essential. M-300 is for occasional phaser and tremolo. Big Muff is for fun.

In the last couple of months, Drink the Long Draught has become much more tangible; you might say that we are now a band. With that realization comes a certain amount of excitement and the anticipation of playing live again. Except for the three songs Ant, Nic and I did at Jesse and Tara’s party back in January, it’s been quite a few years for me. In fact, I still have all the same equipment that I had in 1998, when I last played and recorded with The Fontanelles. The time has come to think about some new gear.

This upgrade process really took off when I went to Guitar Center to look for a case for my 1977 Gibson G-3 Grabber. I ended up trying out a bunch of new amp heads, including one of the Ampeg solid state models and the well known, tube driven SVT (model 3 Pro, I think). Ampeg has long had a reputation for exceptional bass tone; and today the company puts a good deal of effort into perpetuating the air of superiority that survives in the bass-playing world. Nonetheless, these amps sound quite good. I left the shop tickled with the idea of Ampeg but discouraged by the high price.

A few days later I found myself in Ken’s Music Center, my local store in Lititz, where I spotted a gorgeous looking Ampeg B-15 from the early 1960s. I asked to play through it, which they kindly obliged. Amazingly warm and solid, but still well defined. That tone, combined with the cunning flip-top design makes this one of the most sought after amplifiers for recording bass. But at only 30 watts—and with a price tag of $1300—I left the shop confused. I want this amp. It is not right for me. Damn.

While fretting of the choice of bass amplifier, I found the product review database at Harmony Central to be really helpful for getting an overall impression of the various product lines. I honestly don’t know where I first came across the Ampeg V-4B, but I do remember someone writing that it was the next best thing to the SVT. Not long after that I found one for sale in Philadelphia—a 1973 unit with new power tubes, a new power cord and in rather nice shape for a 35 year-old amp.

The Ampeg V-4B is a two-channel, all-tube, 100-watt beast of an amp head. I weighs a good bit…maybe 70 pounds. Like many electronics of the early and mid 70s, the design of the cabinet and control face is Spartan—black and silver. On the far left are two input jacks. Five knobs in the center of the panel control channel 1 gain, channel 2 gain, treble, mid-range, and bass, respectively. Above the EQ knobs you’ll find three boost switches: High frequency boost; a three-position Mid-range boost that emphasizes 300Hz, 1kHz, and 3kHz; and Bass boost. Finally, on the far right are Standby, Polarity and Power switches, with indicator lights above standby and power.

Having spent several years playing bass through a Hartke 3500, I became accustomed to using—but never entirely happy with—the graphic equalizer. Sure, a graphic EQ is precise, but I tend to spend too much time fiddling with it. With the Ampeg V-4B controls, I find I can ‘dial in’ a very distinct tone in few seconds. The boost switches have a particularly dramatic effect on overall tone.

Around back of the Ampeg V-4B

First thing you notice from the back is that the amp chassis is upside-down, that is, the tube and transformers ‘hang’ down from the chassis/circuit board. I guess this is a fairly common design strategy that allows for, among other advantages, the positioning of the front panel controls near the top of the unit.

The back of the amplifier features two 10k Ohm line outputs, two external speaker outputs and a hum balance potentiometer. Also printed on the rear of the chassis are the tube designations. This unit uses a quartet of 7027 power tubes

. I understand that 7027 power tubes were no longer made after some point (mid 1980s?). For that reason, many V4-Bs have been converted to use 6L6 power tubes. My unit was never converted; and the recent re-introduction of 7027 tubes by Sovtek means that this amp should sound as close to Ampeg’s original design as possible. (Barring the use of expensive vintage 7027 tubes).

But how does the V-4B sound?

Warm, creamy, and throaty, with a pleasant distortion at high gain. And that’s using my frakencabinet—what once was a Hartke 210 combo, from which I yanked the 3500 head, removed the carpet, cut off the head enclosure, and spray-painted a metallic charcoal. The drivers are missing their dust caps, too. This thing is ugly, but temporary; I’m sure the amp will be much happier with 4 or 6 10s, or 2 10s and a 15. The current set-up is ample for rehearsal.

At our last rehearsal, I noticed that I was having a little trouble cutting through the guitar. A few samples of the rehearsal recording bore that out, i.e., it wasn’t just me. I think we all have a tendency to play more aggressively and crank up as we become more comfortable with our material. So it seems my 2×10 cab isn’t going to cut it for rehearsal; it starts to blat (I think then Jesse Lundy term was “shit the bed”) when the V-4B is set somewhere between 4 and 5 on the volume knob. I’d like more control of my tone and also avoid “digging in”, which I am prone to do.

After some dawdling, I decided that I should add a 15-inch cabinet like the Ampeg SVT-15E Classic Series 1×15 Bass Enclosure

as the next step toward improving my sound. The band has an outdoor gig coming up at the end of July, and it is time to provide more power and presence. I’ve come very close to buying a new 4×10 bass cabinet, but since I have the 2×10 cab, I’d like to get some more use out of it…I am hopeful the SVT-15E will be the right complement. At 8-ohms and 200 watts, it seems like it should be a good match. And, if I ever need more power, I’ll replace the 2×10 with a 4×10…maybe a Ampeg SVT-410HLF Classic Series 4×10 Bass Enclosure

Bands, projects, demo recordings, performances and other audio activities in which I can remember being involved.